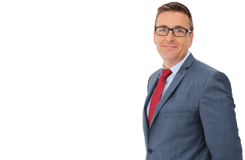 Toyota Motor Corporation Australia (TMCA) has posted an after-tax profit of $206 million for the year ending 31 March 2019 (FY18: after tax profit of $137 million).

Toyota Australia President and CEO Matthew Callachor said the strong profit result was driven by the teamwork and dedication of the entire Toyota Australia team and the committed dealer network.

"This is our first full year trading as a sales and distribution company, and Toyota market share increased from 18.2% in 2017 to 18.8% in 2018, which is quite a remarkable result considering the market decline in the second half of the financial year," Mr Callachor said.

"I am immensely proud of the dedication and commitment of our people to have kept the growth momentum while staying true to Toyota's philosophy of continuous improvement," he said.

In 2018, Toyota Australia was crowned the market leader for the 16th year in a row with the Hilux being named Australia's best-selling vehicle for the 3rd year running, followed closely by the all-new Corolla hatch, Australia's most popular passenger car.

Other Toyota Australia milestones throughout the financial year include:
• introducing the Toyota Warranty Advantage five-year/unlimited kms warranty;
• renewing the AFL sponsorship, including AFLW, through to 2023;
• helping grassroots clubs raise more than $1 million in the Good for Cricket and Good for Footy Raffles;
• opening the environmentally-friendly Toyota Parts Centre in Western Sydney;
• announcing Victoria's first commercial hydrogen refueling station at the former site of manufacturing in Altona;
• celebrating 100,000 Toyota Hybrid vehicles sold; and
• raising more than $240,000 for drought charity Rural Aid.

Although total sales volume decreased, mainly due to the loss of export sales following the closure of local manufacturing, Toyota Australia achieved an improved overall profit result for FY19. This puts Toyota Australia in an optimum position as it invests in projects to transition from a car company to a true mobility company. The increase in profitability was facilitated by a significant reduction in manufacturing closure costs in FY19.